Clark Communications founder Jackie Clark brings more than 30 years of public relations experience designing and implementing communications campaigns. Jackie has created programs for Fortune 500 companies including Wal-Mart and Roadway, entrepreneurs and start-up companies, national trade associations, national charitable organizations, political causes and candidates. Most notable is her experience working to ensure the correct flow of information to reporters during the 2011 earthquake and tsunami that damaged the nuclear reactors at the Fukushima plant. By the third week after the earthquake Clark had supervised the company’s work arranging more than 250 interviews including appearances on every national network.

Clark began her career as a student at The American University in Washington, D.C. and graduated with degrees in Economics and Public Communications. She is an Instructor for Effective Public Communications for the International Nuclear Leadership Education Program offered by the Massachusetts Institute of Technology in conjunction with the Institute of Nuclear Power Operations and the International Atomic Energy Agency. She also delivers media workshop sessions to national trade associations across the country. She also appears on television and radio programs to discuss effective techniques for dealing with the media. 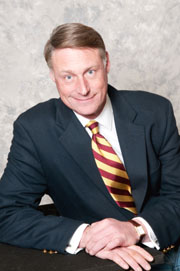 Award-winning Fritz Schneider, Chief Operating Officer, is responsible for client campaigns as well as crisis management programs, a position he has held since 1998. Fritz received a Special Recognition Award from the American Nuclear Society for his work representing the nuclear community in response to the earthquake and damaged reactor at Fukushima. Fritz arranged more than 250 interviews for ANS members over a three-week period — including every national broadcast outlet — reaching more than 25% of all households in the US. 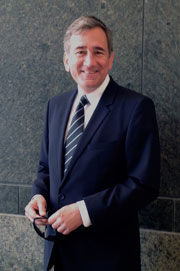 As Vice President of Outreach, Chambers brings over 15 years of experience with high profile and high prestige events and relationships. He has worked closely and effectively with Lexus, Jaguar, United Airlines, Princes Cruises, E & J Gallo Winery, and Toyota, among many others.

Formerly with the Los Angeles Philharmonic Association where he served as Senior Manager for Sponsorships, he now supports Clark Communications in managing a variety of Special Events including logistics for Press support, Charity messaging, and Celebrity participation.

A graduate of The American University in Washington, D.C., Chambers earned his Bachelor of Science: Economics and Political Science (Dean’s List honors) in 1982. He also attended L’Universita per Stranieri, Perugia, Italy, where he studied Italian language, history, architecture and politics. 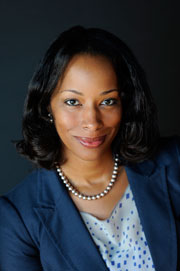 With more than 15 years of experience in the industry, Terri has created, promoted and assisted a variety of businesses to help them increase their visibility and build customer awareness. Terri spent more than a decade serving as a Professional Sales Representative for UCB Pharma where she communicated medical information with accuracy and confidence to promote and sell to Primary Care Physicians, Allergists, ENTS, Dermatologists, Neurologists, Psychiatrists, and Pediatricians. In addition, she also planned educational programs for physicians. Products included Allergy, ADHD, Migraine, Dermatology, Depression and Respiratory medications.

Terri is a graduate of Ohio State University and holds a degree in Business Communications.

Leslie Happ is President of Clark Communications’ sister company Spot on Communication which handles all of Clark’s design work. Leslie specializes in creating marketing and communications strategies and products for nonprofit organizations and mid-sized businesses. She graduated summa cum laude from the University of Illinois with a degree in broadcast journalism. Over the next 20 years, her career evolved from feature writing and editing through publication development and management to strategic communications planning and implementation. She was a core member of a team that developed a highly successful multi-million-dollar identity and message campaign for the National Park Service, which needed to resonate with three distinctly different audiences: Park Service staff, Congress and the American public. She created supporting vehicles including web sites, trade show displays, newsletters, magazines, directories and annual reports. She has a strong background in managing creative and production staff and processes while simultaneously improving output and reducing costs.